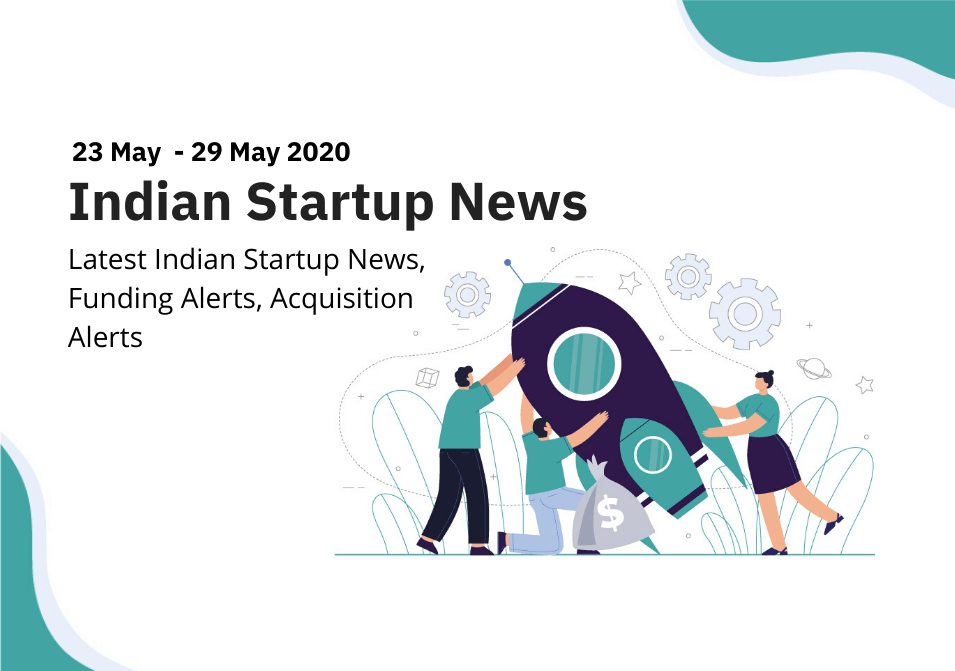 As COVID19 has changed the global economic phase, India has partially come back to the track with more than a few fully operational green zones. Most of the industries and companies in it have opened up their offices to continue their official operations that were not possible through work from home. Major industries are now setting up future operational plans to recover their revenue losses that could have happened due to Covid19. The Covid19 cases are still increasing by huge numbers per day in the nation, but still, the country is trying its best to make things normal.

Industrialists and startup owners play a huge role in the country’s economy. That’s why most owners and corporate leaders are still making huge investments, getting funds, acquiring other sectors, and also making strategies to expand their present business model. There is a lot of latest startup news, funding alerts and acquisition alerts again this week, which you should not miss.

Here, we bring you the latest startup news for this week, i.e. a quick snapshot of all the happenings in the Indian startup industry. Let’s proceed.

The all-new JioMart, which is solely the grocery delivery platform of Reliance Jio, is now operational in more than 200 cities of India. The company is delivering to major metro cities including Delhi, Chandigarh, Mumbai, Bangalore, Chennai, Hyderabad, Kolkata, and many others.

Repos Energy, a startup founded by Ratan Tata all set to manufacture and sell 3200 mobile petrol pumps in FY20-21

Repos Energy, Pune based energy distribution startup which is backed up by Ratan Tata is in talks to produce and sell around 3200 mobile petrol pumps. The plan will be executed by the company in the current financial year 2020-21. Repos Energy is involved in delivering diesel to customer’s homes.

After the speech of Indian PM Mr. Narendra Modi to follow Made-in-India productions, the Govt. of India itself is working to develop a Made-in-India video conferencing solution for the nation. For this, 10 major companies are selected. These also include tech giant HCL Technologies and SaaS major Zoho.

After successful testing, IIT Bhubaneswar has launched an advanced online system for conduction of examinations including semester-end exams and class tests. The system will have a virtual exam hall with real invigilators, online question paper distribution, and submission of answer sheets (soft copies). The system has plugged loopholes in the present online exam systems.

Funding Alert – Alibaba funded BigBasket is in talks to raise $200Mn in order to boost online grocery sales in India amid Covid19 pandemic and lockdown situation.

Must Read: Impact of COVID19 on Gold Industry

Ola Money gets funding of Rs. 205 Cr from the Matrix Partners

Ola Money has raised Rs.205 Cr in its funding round which was led by Matrix Partners. As per reports, Alpha Wave Holdings and Gemini Investments also took participation in the funding round. This funding alert makes the total value of Ola Financial Services at Rs.1875 Cr.

Kerala’s liquor app BevQ downloaded over 1 Lakh times within just 1 hour of launching at PlayStore. BevQ has been launched by the Kerala State Beverages Corporation (BEVCO) to lessen the crowding at liquor stores.

PepsiCo India, the food and beverage major in India has partnered with the on-demand delivery service Dunzo. The partnership has been done in order to deliver its products from its food brands to customer’s homes. These brands include Kurkure, Doritos, Quaker, and Lays.

Reliance has is grabbing a lot of funding from its international investor amid the COVID19 pandemic. Now, Microsoft is all set to join the parade of investors. Reportedly, Microsoft can invest $2Bn to grab more than 2.5% stake in the Reliance Jio platforms.

India IT major Infosys has tied up with Avaloq, a Zurich based company in order to provide end-to-end (e2e) wealth management capabilities via digitalized platforms. Infosys will be helping Avaloq clients in changing their existing systems into high tech, modernized digital advisory platforms.

SoftBank, Foxconn, and Bharti Enterprises have a joint venture named SBG Cleantech. The joint venture is spread across India, US, the Middle East and Latin America. SoftBank is now in talks to raise $500Mn – $750Mn for its joint venture SBG Cleantech to fund its projects in India and the US.

Funding Alert – Anand Chandrasekaran, who is the ex-director of Facebook and senior executive of Snapdeal, has invested an undisclosed amount in Edurev, which is an Edtech startup based in Delhi.

Tech titan Google is eyeing for a minor stake in British telecom group Vodafone amid its struggling business in India. If the investment in Vodafone Idea is done, it will compete against Facebook, as Facebook has already grabbed a huge stake in Reliance Jio platforms.

Patanjali all set to raise Rs.250 crore by issuing debentures to meet its working capital requirements

Patanjali, which is led by renowned Yoga guru Baba Ramdev, is planning to issue debentures worth Rs.250 crore. The raised funds will be used in the company’s working capital requirements and strengthening supply chain networks. This will be the first-ever issue of the debentures of Patanjali, one of the leading companies in the FMCG segment.

That’s all for this week!

Think Long-term to survive your business in COVID-19 crisis

COVID19: How to Maximize your Team Productivity while Work From Home? 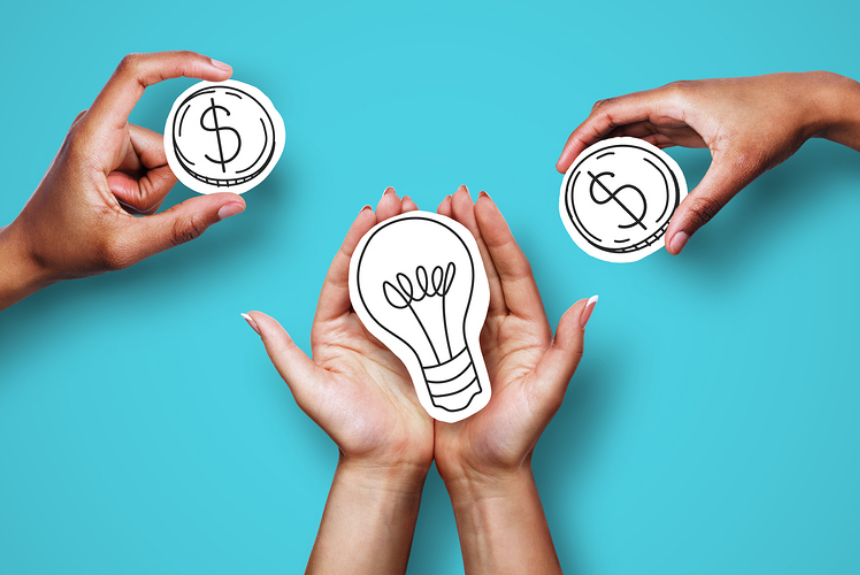 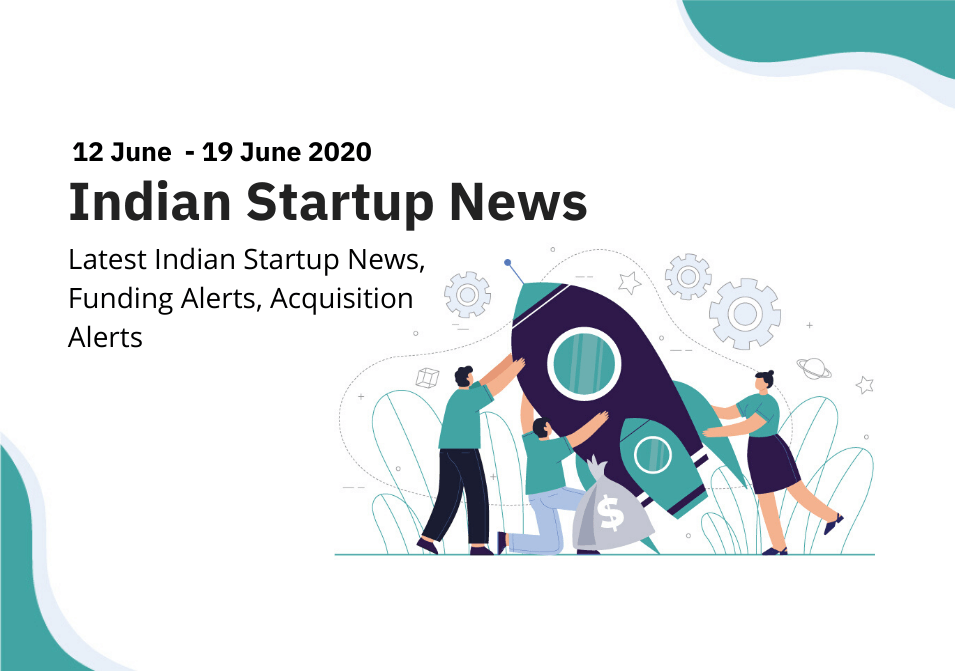 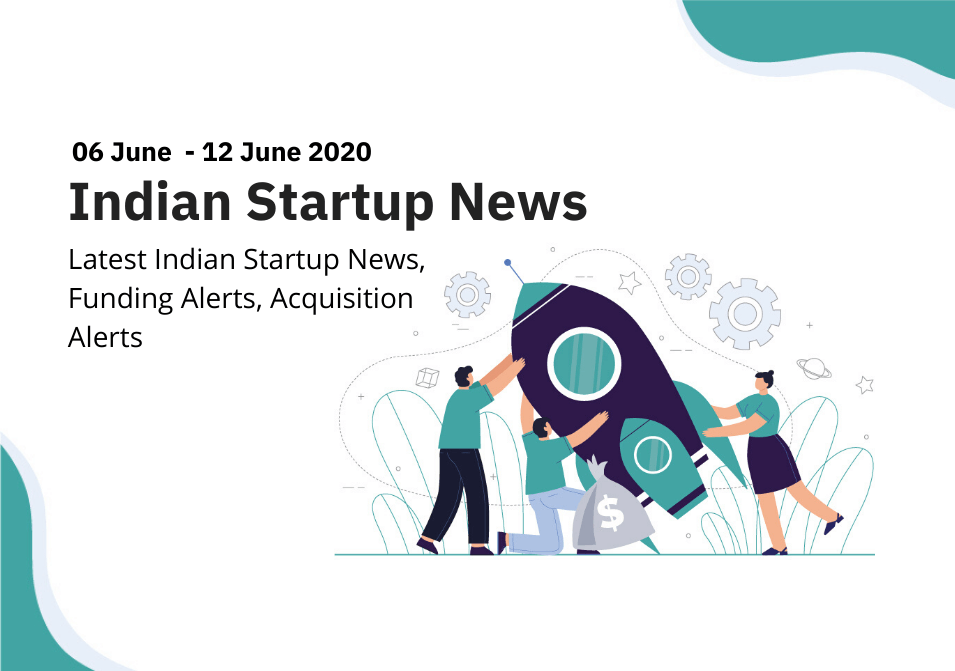 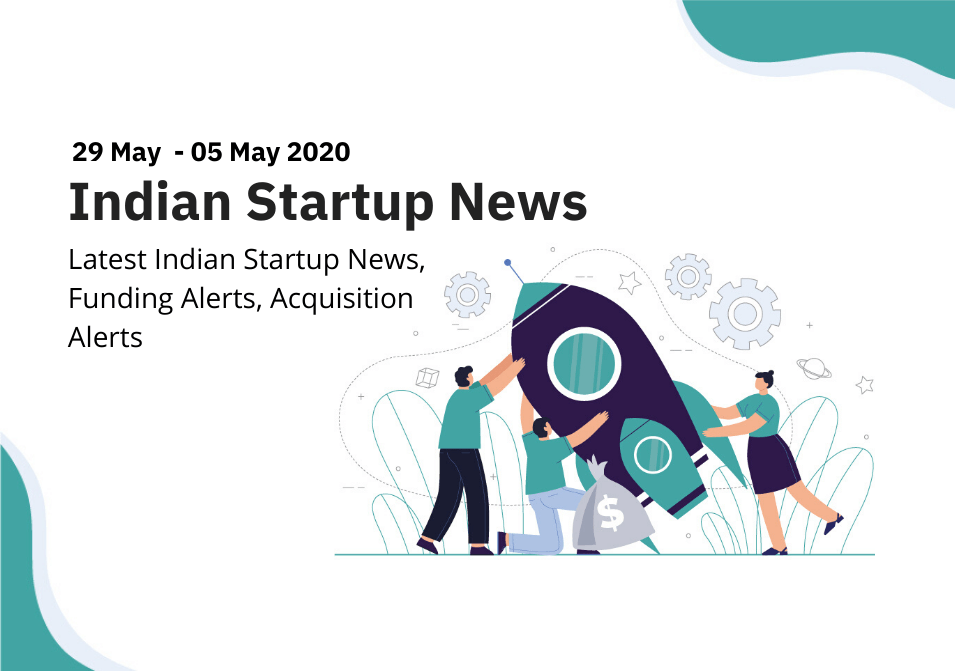